It won’t come as a surprise to you that plastics are terrible for the ocean environment. According to the UN Environment, between 60% and 80% of the trash in the ocean is plastic. Plus, it’s affecting over 800 marine species. There’s a lot of talk about the harm these plastics are doing to the oceans generally… but what about coral reefs, specifically?

If you’ve read Reef-World’s “Introduction to coral reefs,” you’ll know the coral animal is very sensitive and is facing many threats. But what about plastic? Here’s a quick look at the findings of a recent study published in the journal Science (Lamb et. al. 2018) which explores what threat plastic pollution poses coral reefs.

The study looked at 159 different reefs in the Asia-Pacific region over four years. It found that in waters where they saw high amounts of plastic, the coral didn’t seem to be healthy.

In fact, plastic being present significantly increased the chance of corals getting sick. The study showed when corals encounter plastic, the likelihood of disease outbreak increases from 4% to 89%. That means corals that come into contact with plastic are 20 times more likely to get sick than those that don’t.

& promotes the growth of harmful pathogens

The scientists have some theories around why plastic-contaminated reefs might be more likely to get sick. Firstly, plastic can block light and oxygen from reaching the coral. These are two things which corals need to survive.

Plastic is also thought to promote the growth of harmful pathogens and transport these into coral reefs. Senior author Drew Harvell at Cornell University explained: “It’s certainly well known that plastics abrade corals, create new openings. They basically tear open the skin of the coral and that can allow an infection from anywhere to start.”

“Corals are animals just like me and you – they become wounded and then infected,” Joleah Lamb – who led the new research – told the guardian. “Plastics are ideal vessels for microorganisms, with pits and pores, so it’s like cutting yourself with a really dirty knife.”

“What’s troubling about coral disease is that once the coral tissue loss occurs, it’s not coming back,” she continued. “It’s like getting gangrene on your foot and there is nothing you can do to stop it from affecting your whole body.”

Complex corals are particularly at risk

The research found certain types of coral are more likely to become entangled with plastic than others. Structurally complex corals – such as staghorn coral and other types of branching coral – are eight times more likely to trap plastics within their structures. This is a worry when it comes to marine biodiversity. This is because these types of coral – whose elaborate structures provide lots of hiding places for juvenile fish – are usually important nursery habitats.

To add to all that, coral thinks plastic is…tasty!

Another study found that corals weren’t always ingesting plastic by mistake. They were actively seeking it out as a snack. To quote the UN:

“Researchers observed coral were not simply mistaking the small plastic particles for food; they were displaying a deliberate feeding response when the plastic floated by. In other words, there is something dangerously tasty about the chemical compounds in plastic, a development the researchers warned needs to be better understood to prevent further contamination and disease.”

In the Asia-Pacific region alone, there are around 11.1 BILLION plastic items entangled on coral reefs. What’s worse, this is expected to jump by 40% by 2025.

Coral reefs are already susceptible to many other threats, such as the effects of climate change. So, the sheer amount of plastic pollution now threatening them is a major concern.

What can be done?

Tourism is among the most significant sources of marine litter. Yet, even our behaviour at home can help protect coral reefs from harm. We’ve all seen the photos of supermarket shopping bags littering marine environments many miles away. It’s a stark reminder that, even if you live nowhere near a coral reef, your plastic waste could wash up on a remote shore and harm the marine life there.

While it seems bleak, there is hope. Lamb told the guardian the one hopeful aspect of the plastic pollution problem was that people can take direct action: “The take-home message for individuals is to be more considered about the amount of single-use plastics you are using and think about where your plastic goes. These little things do matter.”

Everyone has the choice to refuse single-use plastics, reduce their plastic usage, reuse plastic items as much as possible and recycle. While corals are facing many threats out of our individual control (such as ocean acidification and the effects of climate change), the changes we can make to reduce local pressures on coral reefs will help them become more resilient to other threats. 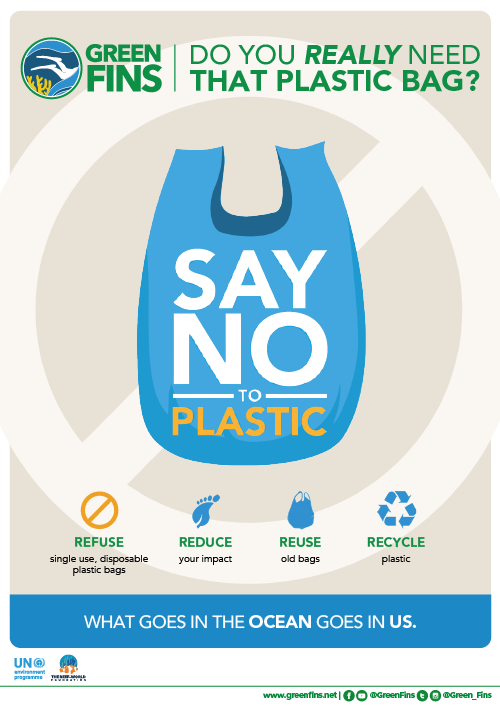 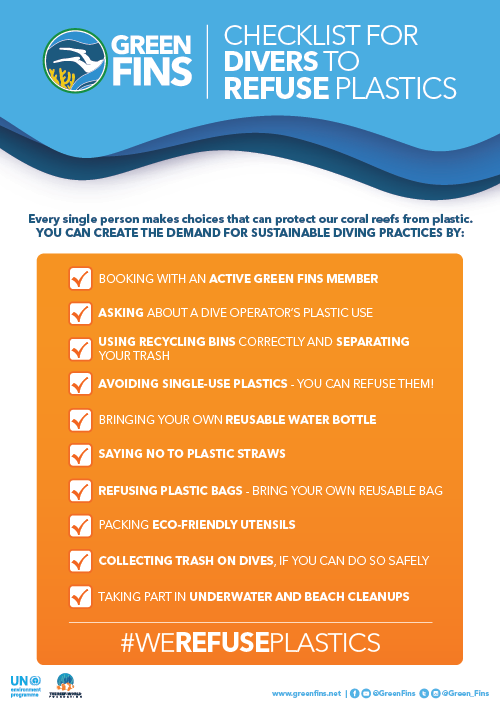 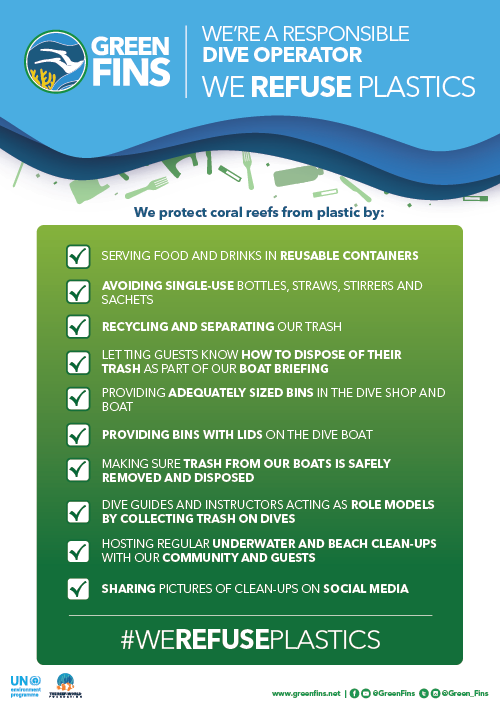 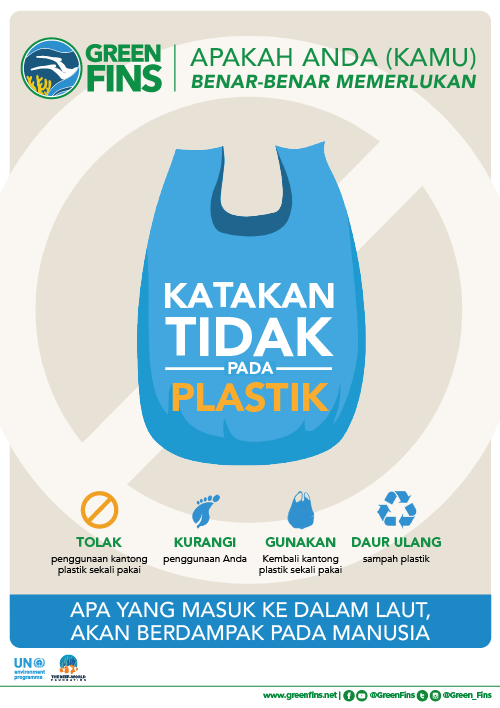 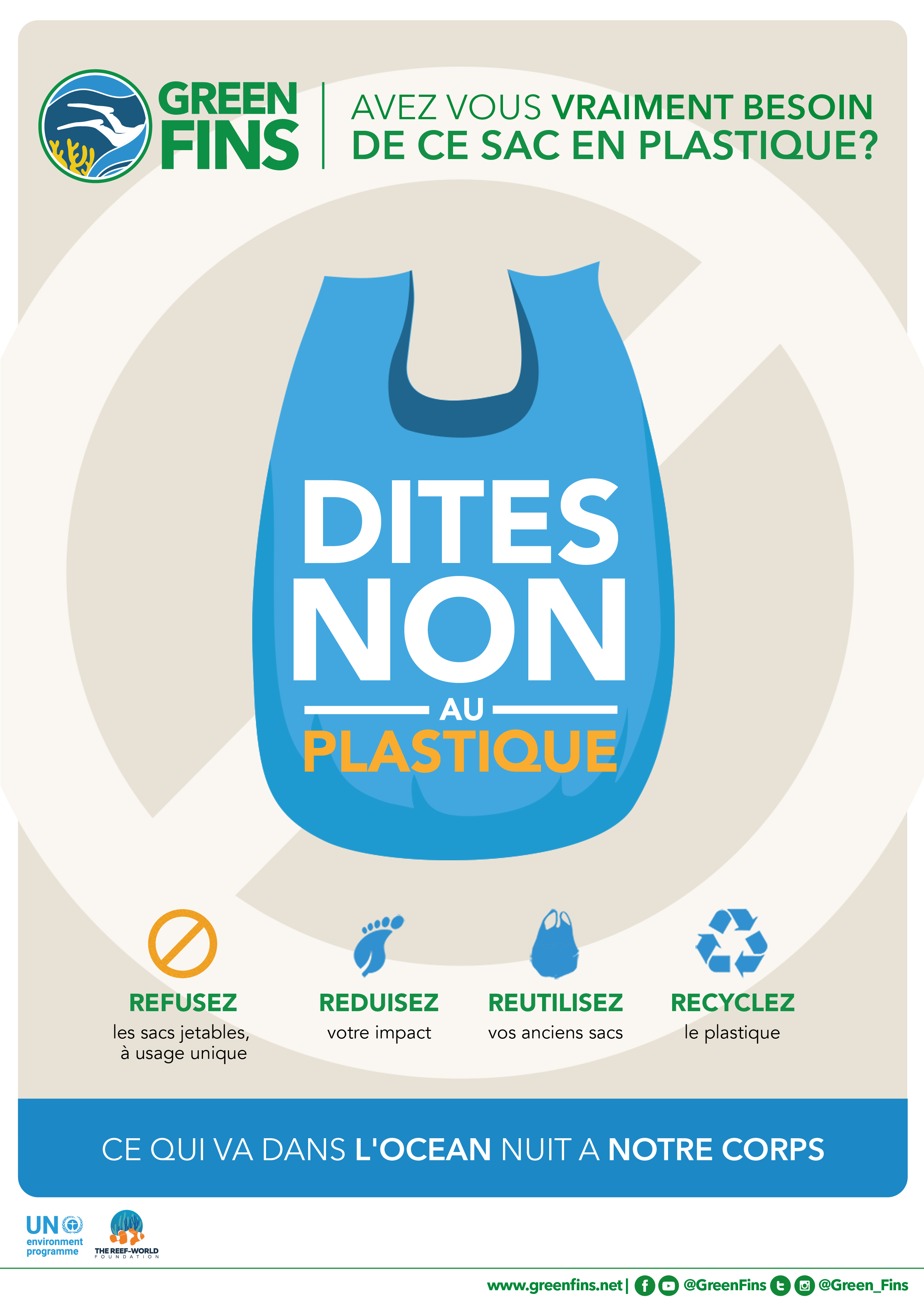 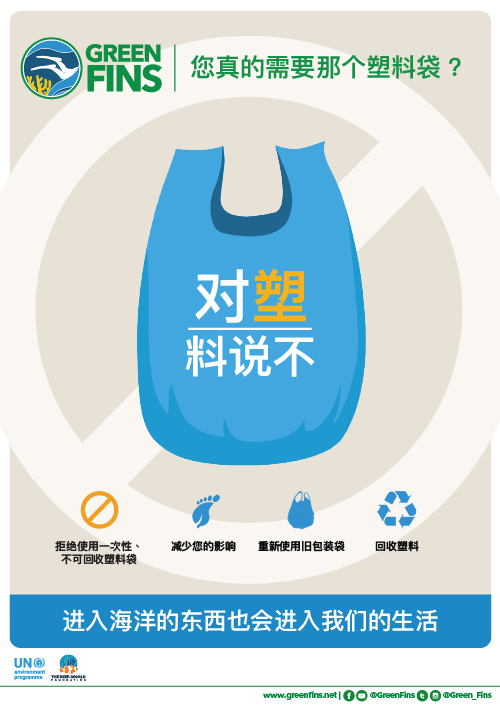 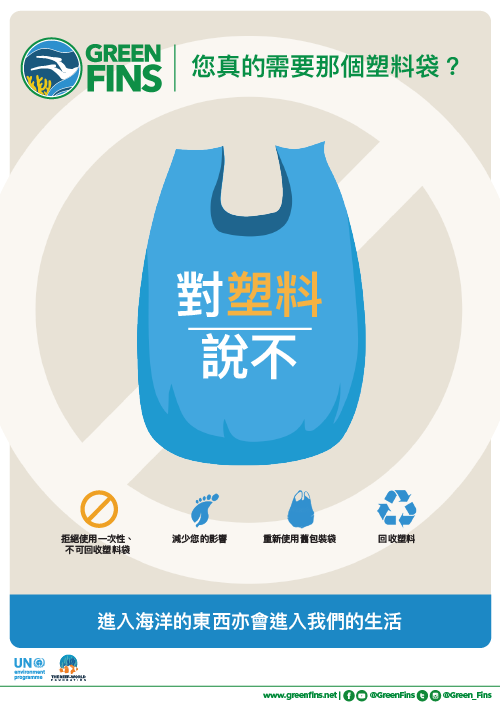 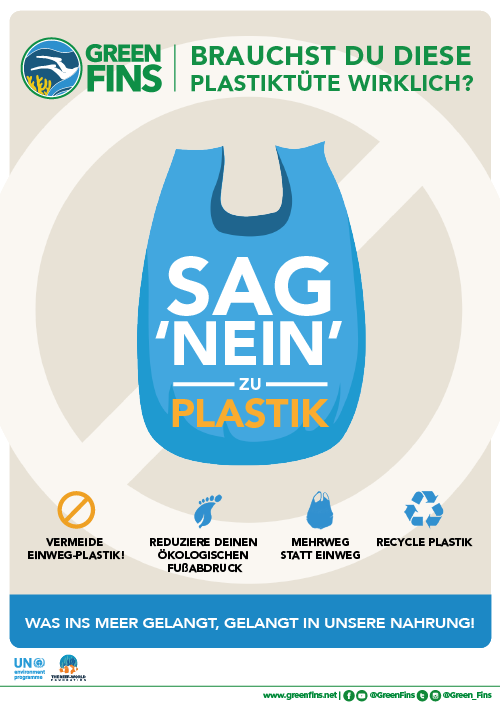 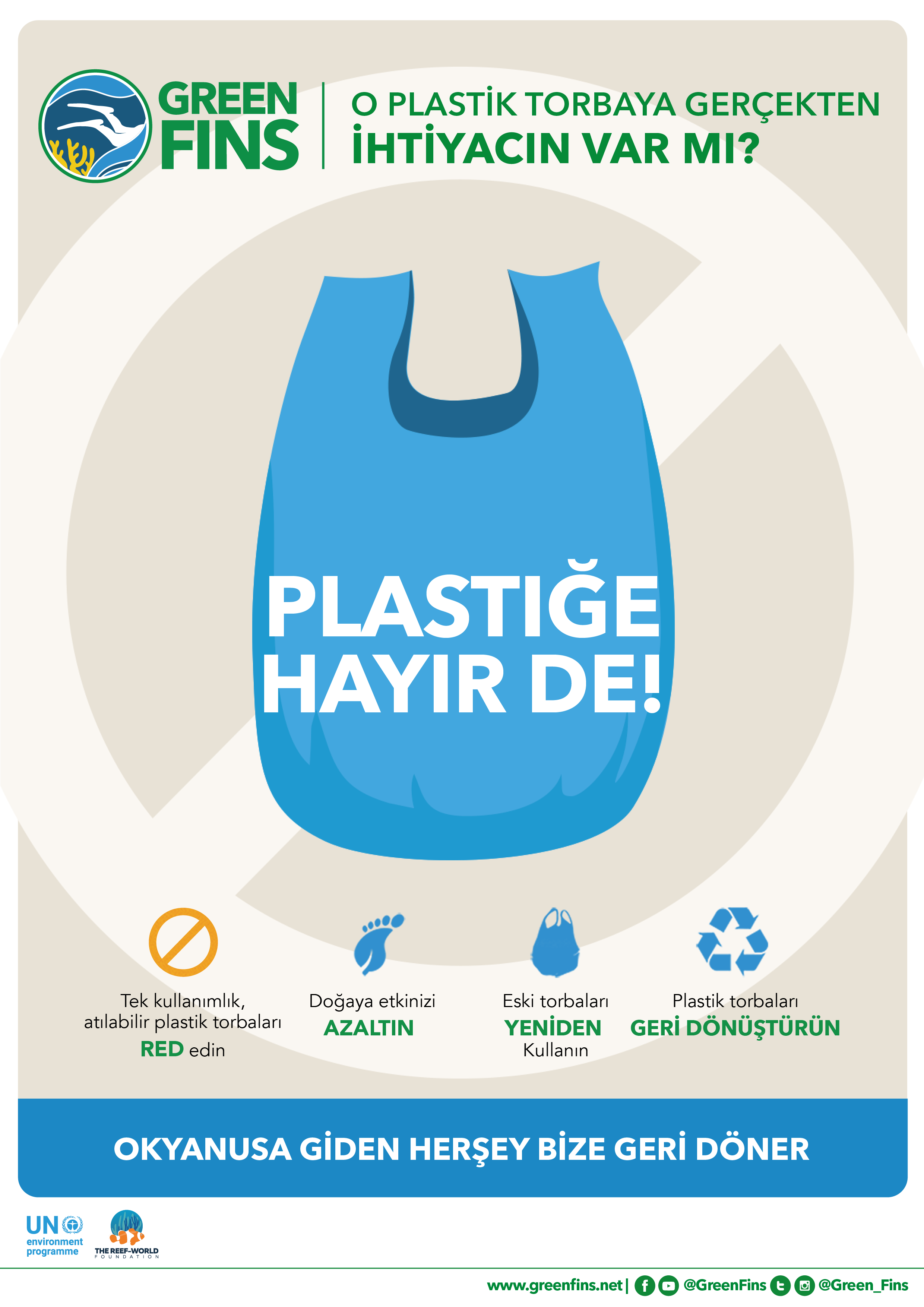 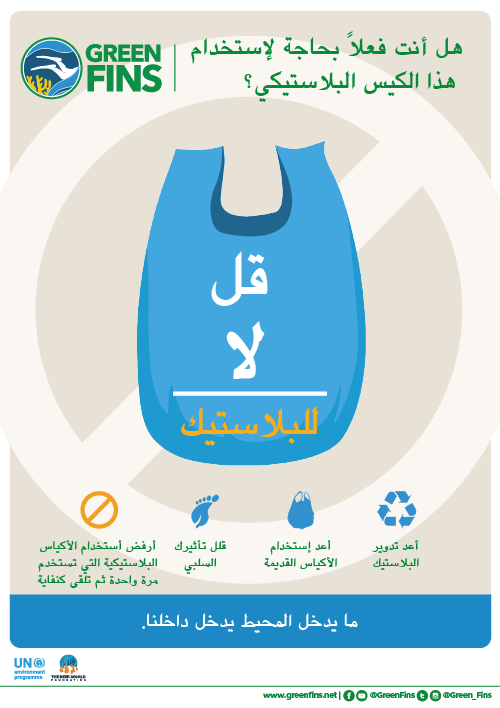 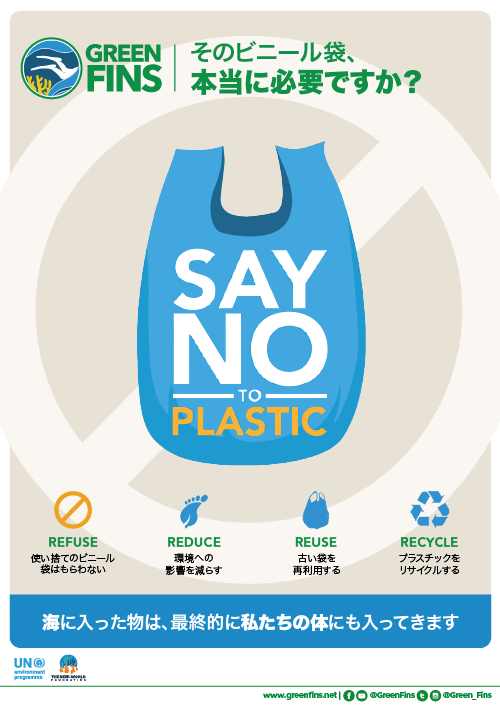 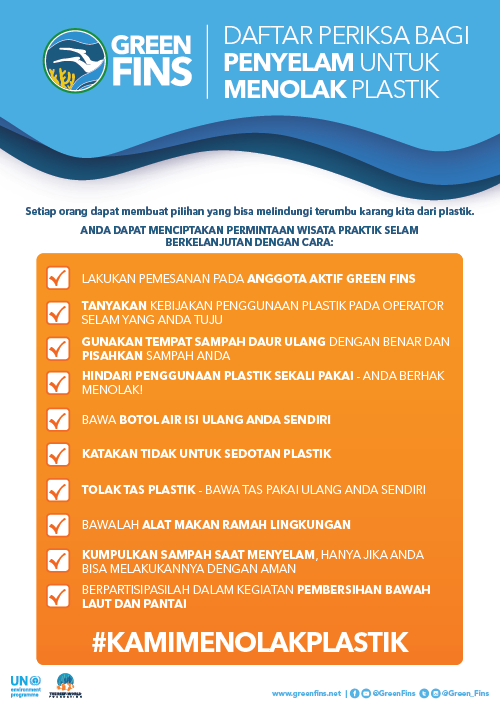 Reef-World – the international coordinator of Green Fins – is always grateful for any donations to support its work to make sustainable diving the social norm and protect coral reefs for future generations. You can help the Green Fins initiative continue to expand globally by donating here.

4 thoughts on “Plastics and Coral Reefs”